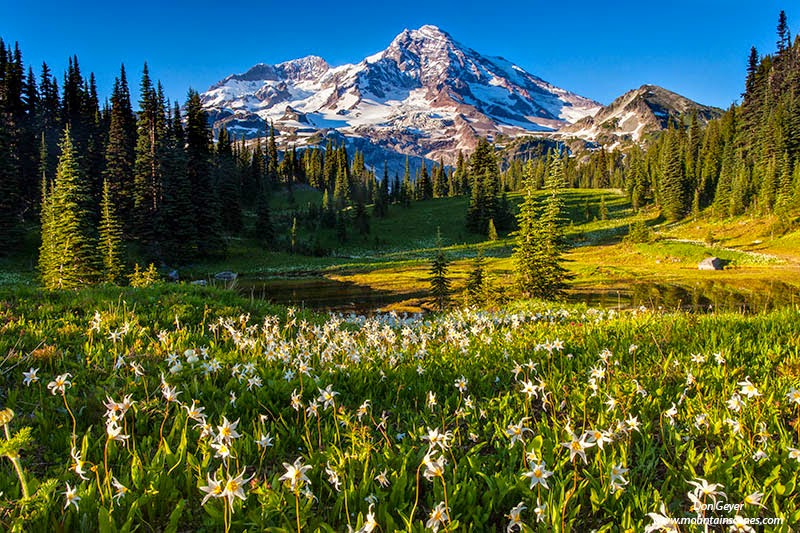 Update Aug. 6th:  I toured the park today after my original backpacking plan fell through on the west side.  Paradise looks ahead of Sunrise for flowers this year, which I have never seen before.  I suspect Paradise is going to be looking pretty good in another week.

On the Sunrise side, the flowers look magnificent along the Sunrise road, until shortly before Yakima Park (Sunrise).  Then they basically disappear.  Strange.

There are no flowers to speak of around Tipsoo Lake, and thus, I would assume it to be the same on the Naches Peak trail, since they have coincided in the past.

My hunch is that this is going to be a down year for flowers due to the dry summer we have had.  I hope to be wrong.

It is proving to be a strange year for flowers at Mount Rainier.  The flower displays typically associated with early August have not arrived, and likely are another 1-2 weeks out.

How can this be with the early summer we have been blessed with?  Most likely, it is the extreme dry spell we have had.

Flowers in the Sunrise and Tipsoo Lakes area, which usually peak in late July, are still not at peak.  The same can be said for Spray Park. 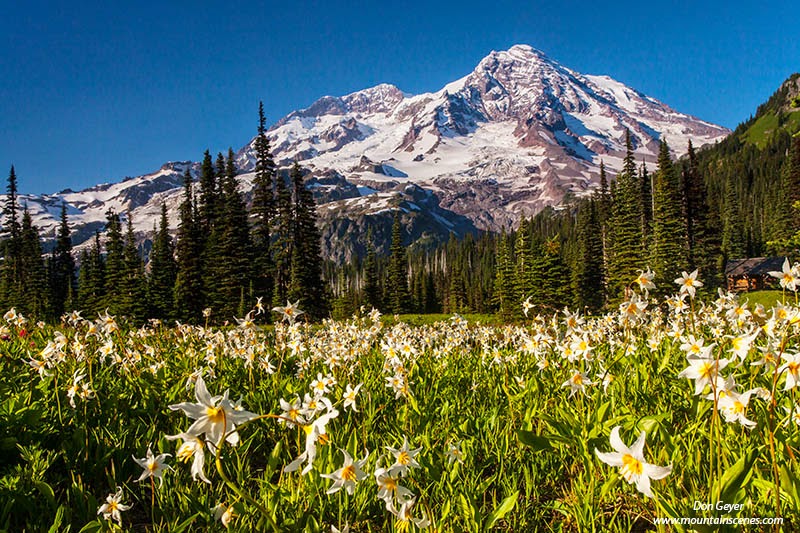 Flowers at Paradise are just beginning to emerge near the parking lot.

Indian Henry's was still only sporting avalanche lilies a week ago.  I suspect the main show is still another week away.

Emerald Ridge has looked very nice in recent images I have seen.  This doesn't surprise me as it is usually one of the earliest spots to bloom. 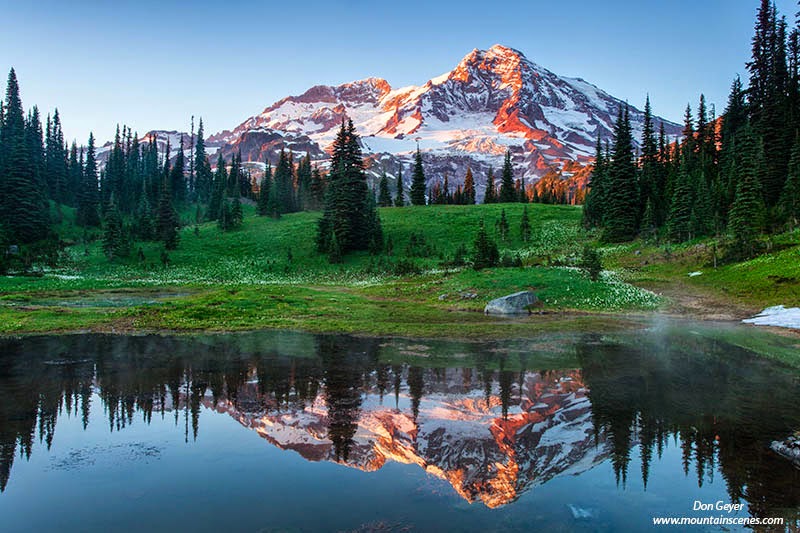 It will be interesting to see how the flower shows play out this year around the mountain.  Will the different varieties all be on the same schedule?  Or will they be staggered as they sometimes are.

The good news is we still have a lot to look forward to in the coming weeks.