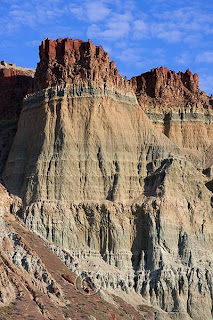 The Sheep Rock Unit offers extremely interesting geological formations, mostly of volcanic ash that has turned to claystone. The main attractions can be found along OR 19, north of its junction with US 26.

Pictured on the left is Cathedral Rock, a prominent landmark to the west of the highway, just across the John Day River. Its multi-colored horizontal layers catch your eye in the early morning hours and is a sight to behold.

Further south is my favorite attraction of the Sheep Rock Unit - Blue Basin. The Island in Time trail is an easy 1 mile hike that takes you into an amphitheater of blue-green and pink claystone. Greg Vaughn describes it as "one of the most unusual geological formations I've ever seen" in his new book Photographing Oregon, and I would have to agree. It's an amazing place with colors I have never witnessed in a natural landscape environment before. Especially under neutral light, the colors appear as beautiful pastels. 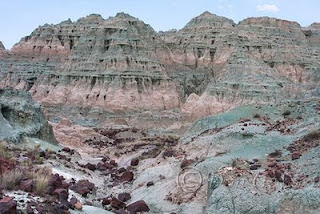 I spent both an early morning and late afternoon here, and enjoyed every minute of it. People came and went during my visit, spending only a couple of moments to take group pictures and self portraits in front of the formations, then retreat back to their cars. With clouds in the sky, the light during my afternoon visit was forever changing. A bench at trail's end allows the visitor to sit down and enjoy the performance unfolding before them. And that is exactly what I did. 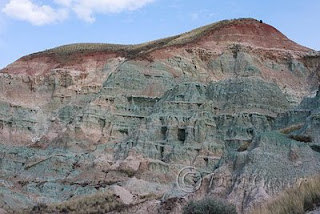 The Overlook Trail is a more strenuous option for those wishing for a vista of the landscape, as well as the John Day River Valley. Time did not allow me to sample this hike, unfortunately. 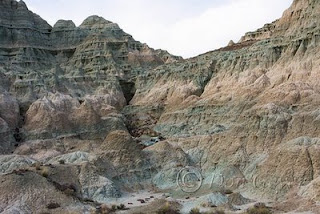 The reason being? Well, it was stated to me that kicking steps into the sensitive soil to ascend the trail is more damaging than descending the trail. Interesting. I always thought plunge-stepping on the descent with gravity pulling all your weight was a higher impact.

In closing, I found the Sheep Rock Unit to be the most fascinating portion of John Day Fossil Beds National Monument. In my opinion, the camera really does not do the area justice. I would encourage you to find time in late April or early May to experience it for yourself and discover what I'm talking about. 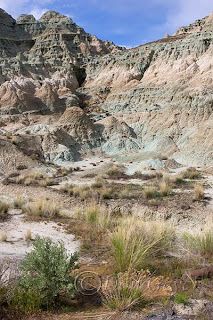 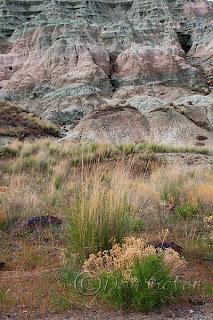 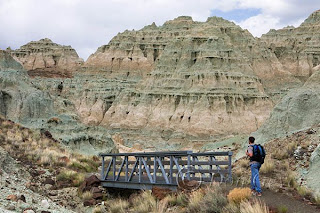 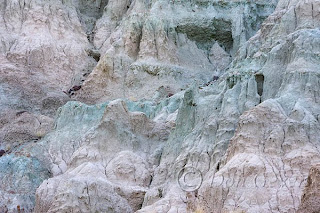 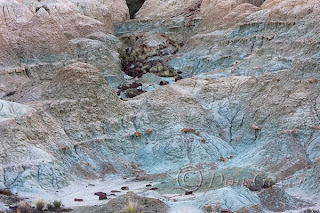 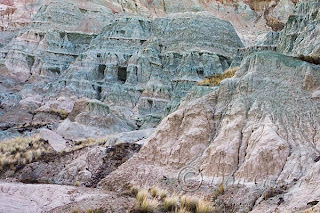 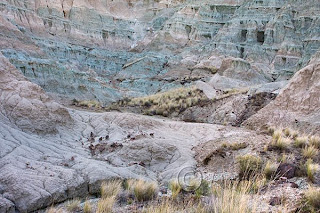 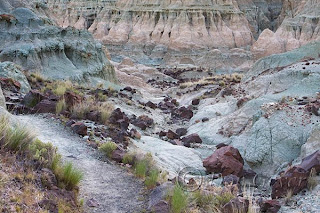